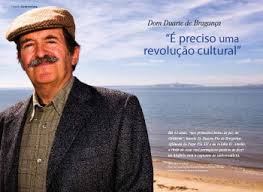 Amendment to the Protocol of State, to include the Portuguese Royal House will be discussed in Parliament

The Electronic Petition for the State, to recognize the Portuguese Royal House in the Protocol of State has already passed the 2500 signatures in less than a week, which already implies that the Parliament  has to listen to the petitioners, being a distance of 1500 signatures from having to be discussed and voted on in the Assembly of the Republic.

The head of the Royal Association Causa Real, Tomás Moreira, assured that the objective is the subject to be discussed in the Assembly of the Republic. The petitions, once admitted in São Bento (Palace that houses the Parliament) by a parliamentary committee, are handed over to a Member of Parliament to take the appropriate steps.

Portuguese Parliament, on the right the National Coat of arms with the Crown was replaced by a statue representing the Republic holding a sphere

The legal debate surrounding the relationship between the Sovereignty Organs of the Republic and the Portuguese Royal Household has always been a matter always avoided by the Republic. HRH D Duarte de Bragança is invited to the receptions that the Presidency of the Republic makes to foreign Heads of State and it is not often that the Republic uses the Royal House for assistance in diplomatic missions, but the recognition of the importance of the Royal House always depended on the ” Personal evaluation “of the political moment, largely forced by the fact that D Duarte de Bragança had wide recognition among the Portuguese and the many Heads of State who receive the Casa Real as an itinerant Portuguese embassy in the World. Former Minister Augusto Ferreira do Amaral wrote to the “Público” (2008) a clarification on the legality of the Portuguese Royal House, even in the context of a republican regime

“The current law is from 2006 and, when it was discussed, this issue has already been put and a version was eventually adopted in which it was completely excluded. Ten years later, there were institutions and people who thought it would be good to raise the issue because there are some protocol difficulties when Mr. Duarte Pio, who is regularly invited to events, in his framework, “said one of the promoters of the petition” Inclusion of the Duke Of Bragança in the Law of the State Protocol, “Tomás Moreira.

“As head of the House of Braganza, [Duarte Pio] has been invited to participate in official events, important moments in the life of the State, especially when involving the participation of members of world royalty, in ceremonies of historical or cultural celebration abroad, As a representative of the Portuguese community, in events of a cultural, humanitarian or religious nature, “is justified in the text.

The petition claims to be the “recognition by the Portuguese State that the head of the House of Bragança is, even under the current Republican regime, the legitimate successor of the Kings of Portugal” and that “the maturity of the republican regime should allow the formalization of this relationship , To include the treatment due to the Duke of Bragança in the Law of Precedence of the Protocol of the Portuguese State, “as” already happens with the high foreign and international entities, diplomatic, religious, university and social partners. “